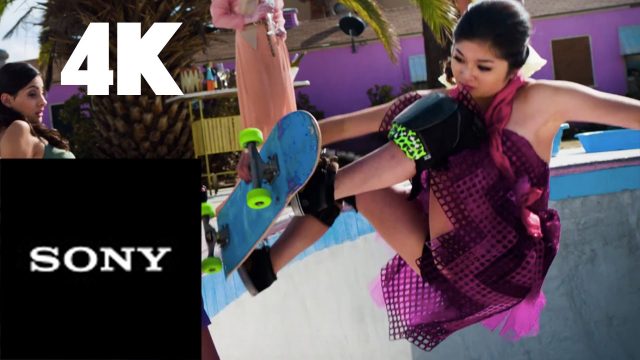 
Sony and AFI produced three four-minute shorts created by alumni of the AFI Conservatory through a 4K movie-making project. This one, Broken Nail, is directed by Justin Tipping and photographed by Soren Hiroth.

In the video, Sony 4K cameras are used to photograph a group of young ladies who take over an abandoned pool so they can skateboard. They shred in beautiful, colorful clothes, until the police find out, and then it’s every woman for herself in an all-out race to safety.

And special thanks to AFI.