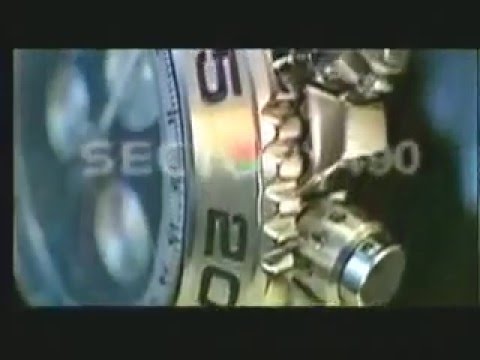 
This is a commercial for Sector watches, cobranded with No Limits, the italian brand for extreme sports gear. Featured are action scenes from some of the most extreme sportsmen of the world, gathered in the No Limits Team. Among current and past members of the team are Mike Horn (hydrospeed), Hans Kammerlander (extreme alpinism), Gerard D’Aboville (solo ocean rowing), Shaun Baker (kayaking), Manolo (free climbing), Umberto Pellizzari (deep apnea), Viviane Wegrath (skysurfing), and Dominique Perret (freeride skiing).

ABOUT THE EXTREME SPORT

Extreme sport (also called action sport , adventure sport, and adventurous sport) is a general term for sports featuring speed, height, danger, a high level of physical exertion, highly specialized gear, or spectacular stunts. A feature of such activities in the view of some is their alleged capacity to induce a so-called adrenaline rush in participants (a misnomer, since often the rush or high obtained is a product of increased levels of dopamine endorphins and serotonin). Another characteristic of activities so labeled is they tend to be individual rather than team sports. Extreme sports can include both competitive and non-competitive activities.

MARKETING AND CHANGING DEFINITIONS OF THE TERM

Some contend that the distinction between an extreme sport and a conventional one is as much to do with marketing as it is to do with perceptions about levels of danger involved or the amount of adrenaline generated. Snowboarding thus has a more extreme image than skiing due to differing marketing strategies and the fact of being a newer sport, even though skiing is a faster and at least equally dangerous activity. Furthermore a sport like Rugby Union, though dangerous and adrenaline-inducing, would not fall into the category of extreme sports due to its traditional image. Scuba diving is not often categorized as an extreme sport these days, despite the level of danger and physical exertion, because of its primarily adult demographic. Another example: compare the perception of demolition derby, not usually thought of as an extreme sport, to that of BMX racing, which is. Demolition derby has an adult demographic, BMX is a youth sport.

The definition of extreme sports may have shifted over the years due to marketing trends. When the term first surfaced circa the late 1980s/early 1990s, it was used for adult sports such as skydiving, scuba diving, surfing, rock climbing, mountaineering, storm chasing, hang gliding, and bungee jumping, many of which were undergoing an unprecedented growth in popularity at the time. Outside magazine, not the X Games, epitomized the meaning of the term, and if there was a clothing style associated with extreme sports it was an “ourdoorsy” look favoring brand names associated with mountaineering or backpacking such as The North Face and Patagonia, Teva sandals or hiking boots for footwear, etc. The term nowadays applies more to youth sports like skateboarding, snowboarding, and BMX and is closely associated with marketing efforts aimed at youth (e.g. the ad campaigns of Mountain Dew), and with their favored styles of clothing, fashion and music, especially the kind of urban baggy look associated with skateboarders, and loud, fast alternative rock. This shift in styles may also be partly a generational shift, as Baby Boomers and Generation X have aged and marketing efforts associated with extreme sports shifted toward the younger Generation Y demographic sometime in the mid to late 1990s.

Some of the sports have existed for decades and their proponents span generations. Rock climbing and ice climbing have spawned publicly recognisable names such as Edmund Hillary, Chris Bonington and more recently Joe Simpson. Another example is surfing, which was originally invented centuries ago by the native inhabitants of Hawaii.

Several so-called extreme sports, including snowboarding, were included in the 2002 Winter Olympic Games and 2006 Winter Olympic Games, but many contend that these activities are not even sports, and lose much on their essential elements in the mainstream.

The following are sometimes classified as extreme sports: