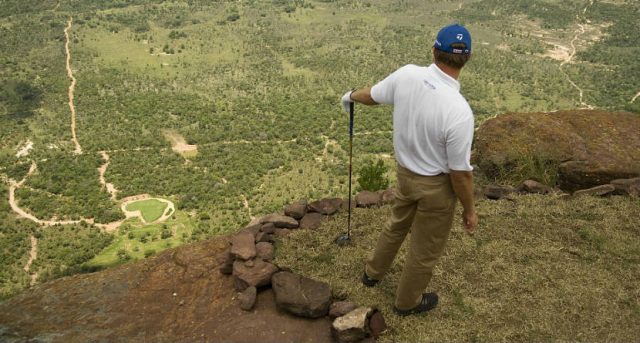 Top 5 Most Absolutely Radical Golf Courses in the World

When most people think about golf, the image that comes to mind is that of clear blue skies, perfectly trimmed grass, and some uppity schmuck who should be spending more time at work but doesn’t have to because his wealth is packed in on the back of cheap labor.

What, is that just me? Well, anyways…

You must be asking yourself, does golf really belong on Radicale Attitude? Well folks, is definitely does because some of these golf courses are more extreme than your grandma in leather. 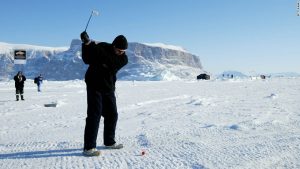 Better bust out your orange balls and get ready to bundle up. Golfing in Greenland is nothing short of radical. With temperatures that can drop lower than -58 F (-50 C), The World Ice Golf Championship has got to be the coldest golf course in the world. These crazy golfers won’t let anything stop them from breaking our their irons, and sinking their balls into some holes. They better know to shallow the golf club in that ice! The World Ice Golf Championship is located 370 miles (600 km) north of the arctic circle. Players combat icebergs, icy winds and glaciers. At the end of the this snow-capped tournament the victor is raised up high on a dog sled. You can’t get more radical than that! 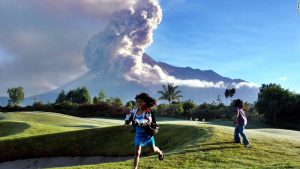 From ice to fire, our next stop on the top 5 most radical golf courses is Merapi Golf Club in Cangkringan, Indonesia. This golf course sits at the bottom of an active volcano called Mount Merapi. Players can tee off whilst looking up at plumes of ash and smoke which roll from the mouth of the volcano. Not too long ago, in 2010, the people living around Mount Merapi were ordered to evacuate because the volcano alert was raised to it’s highest level. Before that, in 2006, Mount Merapi erupted and killed 2 people. This active volcano is serious, and the golfers on this golf course show true love of the game. The deadliest recorded explosion from Mount Merapi was in 1930, where over 1300 people perished in the ash and flames. 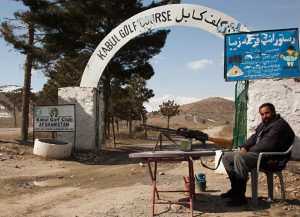 Just kidding, I sincerely doubt there are any aristocrats that play on the Kabul Golf Club course in Qargha, Afghanistan. This 9-hole course was first opened in 1967, and has an armed guard stationed at it’s entrance day-in and day-out. After many fruitful years of sand and sun, the Kabul Golf Club turned into a battlefield in the 1990’s when 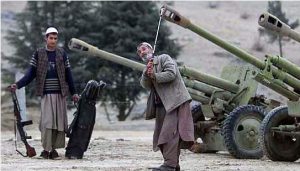 Afghani factions battled each other after liberating themselves from the Soviets. Sort of takes the term ‘sand bunker’ to a new level. Nowadays, Kabul Golf Club advertises itself as one of the world’s most famous and least played golf courses. From golf course. to battlefield, to mine field, to golf course, only time will tell what the eventual outcome of this famous golf course will be. 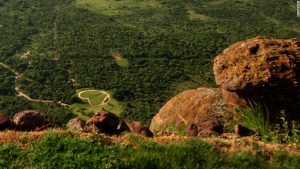 At the Legends Golf Resort in South Africa, you better bring your A-game because it holds the longest Par 3 in golf. Their world-famous 19th hole is 690 yards (630 m) long and you have to take a helicopter to get to the tee. On top of this radical hole, the resort is located smack-dab in the middle of the African wilderness. You never know what sort of craziness you could run into. My advice would be to get a fast golf cart in case you need to outrun any feral beasts. 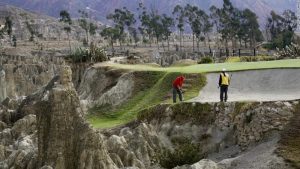 Our last stop through the top 5 most extreme golf courses in the world takes us to South America, to the country of Bolivia. This radical golf course at the La Paz Golf Club is thought to be higher than any other golf course in the world, sitting at a cool 11,000 feet (3,342 m) above sea level. This golf course is situated in the heart of the Andes Mountains, and during winter can be covered in snow. At this extreme altitude it’s no joke to say that this golf course will take your breath away.