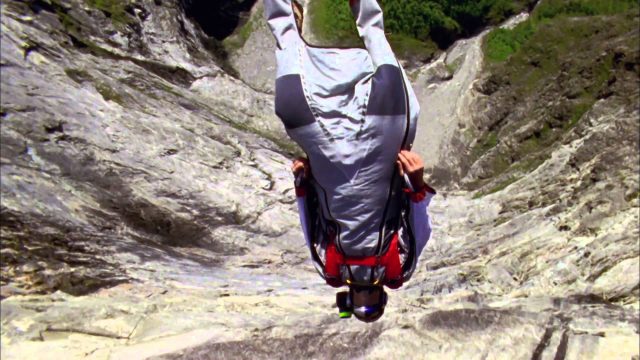 The ultimate athletes and the ultimate filmmakers paired with Hollywood story telling: Pulitzer Prize-nominee and Hollywood screenwriter Stephen Schiff (Wall Street, Lolita, True Crime) teams up with the action-sports wizards from MSP and Red Bull Media House to ask the ultimate questions: Why do these athletes do what they do? Why do they risk everything to achieve something as fleeting as a ski line on a remote crag, a momentary descent down a waterfall few have ever seen, or a leap through space between man-made mounds created solely for a leap through space? Chris Davenport, Antoine Montant, Hervé Cerutti, Steve Fisher and other action sports legends join forces with cameramen greats like Scott Gaffney, Dustin Lindgren and Guillaume Tessier to explore the fine line between extreme sport, philosophy and art. Directed by Murray Wais and Steve Winter, this cinematic quest will take you from the Rocky Mountains to Morocco, from Bolivia to China, and from Thailand to Norway, as it gives rise to the most breathtaking stories. Narrated by three time Academy Award-nominee Nick Nolte. Tackle each of the heart-stopping 20 episodes of Ultimate Rush season 1 and 2 via iTunes at https://itunes.apple.com/us/tv-season/red-bull-ultimate-rush-season/id569443531 or find out more details at redbull.com/ultimaterush
_

Experience the world of Red Bull like you have never seen it before. With the best action sports clips on the web and original series, prepare for your “stoke factor” to be at an all time high.